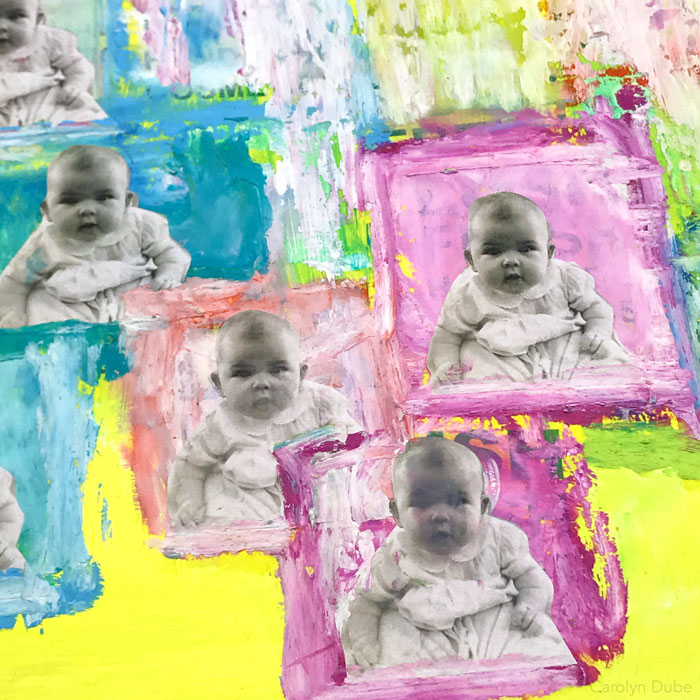 This started out with trash.  I liked the font and colors so I saved them over about a year – yes, trash for a year. Meaning arrives with what you have on hand.
Then just ripped it up to create a background.  Now I expected it to cover the entire thing.  Not even close. OOPS
And then I got stuck.  I couldn’t envision where it was going.  The idea that I started with was already shot and I had nothing to replace it with.  So, when that happens, I tell myself that something is better than nothing.
Builidng on what I already had there, I added the oil pastels.  Could have been paint. Could have been anything.
Repetition, things touching,
What was the meaning in this? Did I know what it would be?  That a cosmetic anything would be layered to innocence? Meaning appears when it’s ready.
Meaning-see innocence. See your innocence and that of others around you. We’re all just babes in the woods trying to find our way around.